How the Cup Carnival winners rated

Of all the Group 1s run on what is now known as Champions Day, the Sprint is traditionally the one that takes the most winning.

Nature Strip went 130 to win last year's edition and 128 in 2019, while Bivouac also pulled a 128 figure to win the year between Nature Strip's two wins.

Roch 'N' Horse's winning figure of 116 was the lowest since became a weight-for-age event and shifted to the final day of the Carnival in 2006.

Factored into that figure if the four-pound allowance for mares, but the lowest-rated male winner in that time is Swick at 120 in 2008.

Nature Strip's Champions Sprint figure of 119 was well down on his career-best of 131, while three-year-old Giga Kick rated 117, which was seven pounds lower than he ran to win The Everest.

While the Sprint figures were down on recent editions, the Champions Mile numbers were up, which is no shock given it's shift from handicap to weight-for-age event.

All Too Hard gelding Alligator Blood went 122 to beat Tuvalu (121) and Mr Brightside (119) with the three placegetters all pulling figures that would have been good enough to win the previous five editions.

The Champions Stakes was touted as a Cox Plate rematch with four of the first five home in The Valley's weight-for-age championship renewing hostilities at Flemington, but none of them ran up to their Cox Plate figure.

Zaaki's winning figure of 121 was two pounds down on what the son of Leroidesanimaux went to win last year but was on-par with recent winning figures for the race formerly known as the Mackinnon Stakes.

Zaaki and runner-up Mo'Unga (120) were the closest to run to their Cox Plate figure, both rating one pound inferior, while Anamoe rated 117 – his worst figure of the spring – after going 126 to win the Cox Plate, while I'm Thunderstruck regressed from 124+ to 114.

The surprise packet was $81 outsider Hezashocka, who entered the race with a peak rating of 108 but pulled a 120 figure after crossing the line second before being relegated to third on protest.

The Queen's Cup does not carry Group 1 status, but can be won by progressive stayers touted as capable of winning much greater spoils 12 months on – think Makybe Diva, Puissance De Lune and Francis Of Assisi – and many are predicting big things for Soulcombe.

The Chris Waller-trained son of Frankel went 115+ to win this year's edition.

The + is significant for a horse who was having his first Australian start, and just eighth run overall, and stacks up well against recent winners Warning and True Self, who both went 116.

Puissance De Lune's 123 is the highest winning figure since the Group 3 event became a 2600m event in 2010, while Francis Of Assisi went 120 six years later.

Those two both spent time at the head of the Melbourne Cup market in the months following their Queen's Cup wins and Soulcombe sits prominent in betting on the 2023 Melbourne Cup.

He is one of three progressive stayers seen at this year's Spring Carnival being spoken of as leading Melbourne Cup contenders for next year and his figure was superior to White Marlin (112), 5-1/2-length winner of the 2800m race at Flemington on Melbourne Cup Day, but inferior to Group 2 Moonee Valley Cup winner Francesco Guardi (118).

This year's Melbourne Cup had a bit to live up to off the back of Verry Elleegant's 127-rating win 12 months earlier and while Gold Trip was unable to match that number, he did post a figure that has been bettered only three times in the post-Makybe Diva era.

Only Verry Elleegant, Protectionist (128) and Americain (126) have gone better than 125 since Makybe Diva went 129 when completing her Cup hat-trick.

The Victoria Derby was spoken up as being one of the 'classiest' Derbys in recent times, but Manzoice's winning figure of 114 is the second-lowest since Amalfi went that number in 2001.

The only lower-rating Derby was the 2020 edition, which Johnny Get Angry won in 112.

Preferment's Derby-winning figure was the peak number Sharp 'N' Smart entered the race with but he ran to 112 the week after winning the Spring Champions Stakes.

In Secret posted the highest Coolmore Stud Stakes-winning figure by a filly since Gold Edition when she denied the boys in the other three-year-old feature on Day 1.

Gold Edition still holds the benchmark for a filly, though, having gone 122 in her four-length romp in 2006, which was the first edition run at Group 1 level on Derby Day.

Taking into account the four-pound fillies allowance, In Secret can be assessed as a 124 performer, which is one pound less than Home Affairs went to win last year's race, the same figure allocated to Exceedance in 2019.

Flying Artie, who went 127 in 2016, is the highest-rating winner in the history of the Coolmore.

All the talk heading into the Empire Rose Stakes was about Kiwi star La Crique, but she was unale to replicate her peak figure of 116, running to 108 which was only good enough for fourth placing.

The winner was Icebath, who ran to 111+, which was down on her 115+ peak, returned when runner-up to Anamoe in the George Main Stakes earlier in spring.

That was nowhere near the highest figure posted since the race was elevated to Group 1 status in 2004 – Typhoon Tracy's 123 in 2009 – but rated similarly to Appearance, I Am A Star and Shout The Bar, who all ran to 111, and superior to Lyrical Bid (110).

She's Extreme enjoyed a clear ratings edge over her rivals and she exerted that with a fine display, running to 111+, which was a slight increase on 110 performances when a minor placegetter at her previous two, and superior to most recent winners of the Oaks.

Miss Finland (2006) and Mosheen (2011) are the benchmark winners of the Oaks from a Timeform perspective in the past 30 years, both running to 124. 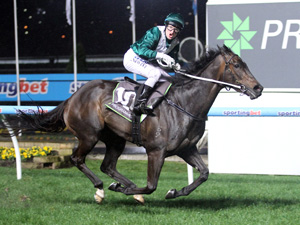